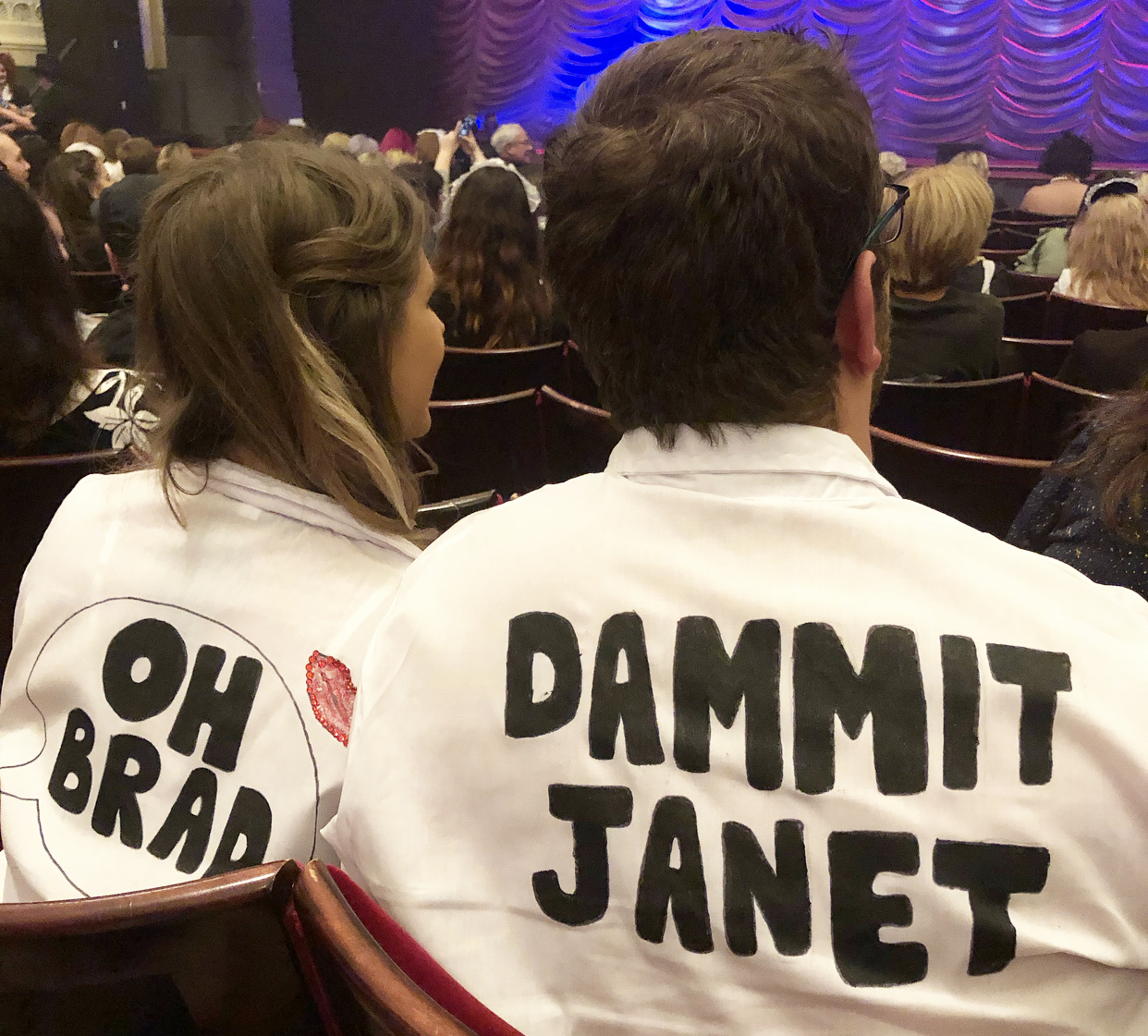 I remember the first time I was introduced to the Rocky Horror Picture Show. It was when I was at university and my housemate put on the DVD. I had never seen anything quite like it and it stuck with me, as I think it does for most people who watch it. Embarassingly it wasn’t until Glee covered the songs that my love for the film was rekindled. The songs are simply epic and it is pure escapism at its best.

When I was given the chance to attend the press night of the Rocky Horror Show, currently touring the UK, at Bournemouth Pavilion, I jumped at the chance and Ed rearranged plans so that he could join me as he is an even bigger fan than I am. We went along with our friends, fellow blogger Chynna and her husband Aaron, both of whom had never seen Rocky Horror before and were going in blind, not knowing what to expect, which I loved! Despite debating it, Ed and I didn’t dress up, but plenty of the audience did and there was a really sense of camaraderie in the audience from the start.

There were polite notices up asking people not to sing over the performers or throw anything up on stage, but there was still plenty of audience participation going on, and lots of heckling mainly for the (extremely good natured and talented) narrator, who played his part excellently and came up with some fantastic one-liners in response. I think it really makes the show that much better to have this element, and the actors were brilliant keeping in character throughout and ad-libbing where necessary.

The acting, dancing and complete pantomime of a show that makes Rocky Horror so good was played out to perfection, with talented performances from the main characters, most notably for me, Miracle Chance playing Columbia ,and of course Stephen Webb taking the role of Frank ‘n’ Furter, whose rendition of ‘I’m Going Home’ was surprisingly moving.

The audience were up on their feet at numerous times throughout the evening, taking part with the Time Warp, and swaying and clapping along to the classics. There were some laugh out loud moments, mixed in with some more poignant parts, and it was just a totally fun evening. The smile didn’t leave my face all night, and I am pleased to say that the show converted Chynna and Aaaron, who have gone home to hunt out the film to watch – my job here is done!

Rocky Horror is on in Bournemouth until this Saturday 26th October and I would highly recommend booking tickets if you haven’t already. It is the best show I have seen at the Pavilion in a long time, and the greatest way to spend a few hours with friends and fellow Rocky Horror fans.

I was provided with complimentary tickets to see the show, however all words are my own.