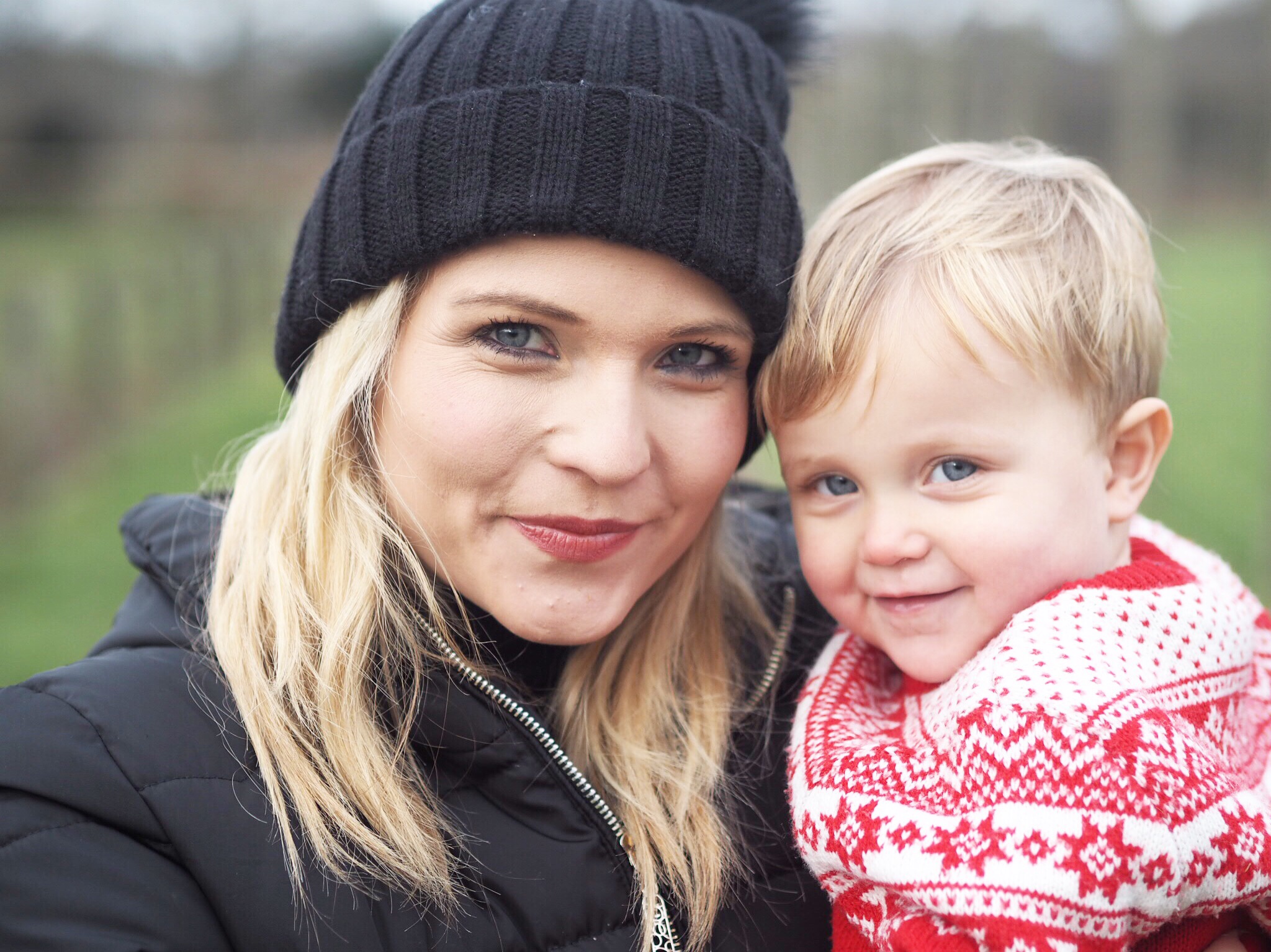 During the first year of Benjamin’s life I documented each month with his milestones. Although I knew I didn’t want to carry this on indefinitely, after all, not much happens from month to month after a certain point, it was still a bit sad when I stopped featuring him on the blog so I thought I would do a little update.

Benjamin is now just about 15 months, or a year and 3 months if, like me, you can never get your head around counting in months after a year. He has changed so much in the last few months, and although it’s a cliche, I really do feel like he is becoming a proper little boy now, he doesn’t look so much like a baby.

So, after showing signs of being ready way back when he was 8 months old, Benjamin finally took his first proper unaided steps in between Christmas and New Year, and now there’s no stopping him.

Growing in confidence every day, Benjamin will now happily walk on his own across rooms, much to the delight of us, his brother and sister and the rest of the family who love seeing his cheeky grin as he stumbles around.

I had forgotten how cute kids look when they start walking – he resembles a drunk a bit but it’s adorable how proud he is of himself!

Now he is finally walking, I remember why I wasn’t in a hurry for him to, he will be wanting to walk everywhere including on the school run – I don’t think his snail pace will get us there on time!

We are still going with breastfeeding and I am unsure when we will stop. Benjamin was cutting down on his feeds around Christmas but in the past couple of weeks he has built back up to around 4 feeds a day, which I think is quite a lot for this age? I know he is mainly doing it for comfort as he feeds when he is tired and often follows up with a nap.

I am starting to get a bit tetchy about how much he feeds now, especially as I feel like it’s all he wants me for, so we shall see where it goes from here. In a way I know it would be best to have weaned him by the time Ed and I go on honeymoon, as it would be hard on my mum if Benjamin was still dependant on me for milk.

Benjamin is pretty greedy! He now has toast for breakfast and a full lunch of chicken, strawberries, yoghurt, pom bear crisps and an apple for lunch followed by some of my soup and flatbread.

In the evening he will have what we have, or if we are having a particularly spicy meal, he will have something like chicken dippers, and he eats the lot and then moans for more!

He loves ice pops or mini milks for dessert, and he will often come over to me wanting snacks throughout the day as well. I have just stocked up on some more snacks for during the day as he is currently eating me out of house and home!

He is very vocal and will make sure his voice is heard, whether he is actually talking or just making noises to get our attention.

He is such a little sponge as well and will often copy the most random words he hears us or the kids saying, so we have to be extra careful now! The other day Ed said his top was sexy (haha) and Benjamin copied the word sexy, which was quite hilarious!

Benjamin is in 12-18 month clothes now, but he is fairly short and skinny around the waist area so his trousers often fall off, but the 9-12 months ones are too short on the leg, so we are in a bit of a limbo at the moment!

His wardrobe mainly consist of jeans, long sleeved tees and socks which go missing after 5 minutes, so we have to keep repurchasing them! He has a couple of really cute jumpers as well, which make him look so grown up.

I am looking forward to stocking up his spring/summer wardrobe soon, using the money he got from relatives for Christmas.

Benjamin now has four teeth on the top and two on the bottom. The latest two didn’t seem to cause him as much trouble, so I’m crossing my fingers that he doesn’t have too much issue with the rest, although I know some of them can be much worse.

Benjamin has never really taken to calpol or teething gel, so if he does get in pain, it’s going to be a long struggle for us all!

Benjamin continues to be a total cheeky chappy. He is very naughty, and will deliberately look at us when he is doing something wrong to gage our reaction!

In the past couple of months, Benjamin and I have met up with a friend and her son once a week and it’s so nice to see the boys start to get to know each other, as they are only a couple of months apart in age.

I am so excited for the year ahead with Benjamin and seeing him continue to grow up and gain more skills and confidence!