I still can’t believe my baby boy, my youngest child is now one! The last year went by in a flash, and yet Benjamin has grown up so much over the past couple of months, his development has come on leaps and bounds and I’m so proud of him.

Talking
Benjamin loves the sound of his own voice and will now copy or attempt to copy a fair few words (so we need to be extra careful around him, especially when I’m driving and get road rage). He says hi regularly, and his favourite word is still daddy.

Walking
Despite showing signs of wanting to walk months ago, Benjamin decided to prove me wrong and he is now officially later than both his brother and sister to walk unaided. He is so, so close as he will pull himself up to stand now unaided, and he happily walks around and around furniture, or holding just one finger, or walking behind something he’s pushing like a crate of boxes he discovered the other day! I’m sure he will get there very soon now and I know it doesn’t matter he’s not walking by one.

Benjamin is now in his 12-18 months clothes but the trousers are a little too long and big for him at the moment so he’s also still in 9-12 trousers. I was very excited to find out his new Next black jeans had an adjustable waist, which is so good as it’s means that they don’t fall down every five seconds (Benjamin has a habit of managing to get out of both his trousers and socks as quickly as he can). I am loving his new autumn/winter wardrobe, he looks so grown up now, a proper little boy!

Benjamin is teething again at the moment. He has his four front teeth currently (two top, two bottom) so it’ll be interesting to see which ones are popping up this time. Now he’s got teeth he is looking so much older! Fortunately he’s not been in too much pain with his teeth lately, and just gets a little more clingy with a bright red cheek.

I deliberately booked Benjamin’s jabs for after the half term, as I didn’t want him feeling poorly to affect the family having some quality time together, but this may have been a mistake as at least I would have had Ed around to help! They are booked for next Wednesday, and I’m hopeful Benjamin will be ok with them, although from past experience with the older two, these are the worst ones, but a necessary evil.

Benjamin is a little fussy lately. He knows what he wants and if he doesn’t want something, or is full up, he will throw it on the floor! He still loves pasta, spaghetti bolognese in particular, and he’s a big fan of garlic bread and pizza too. He likes those yoghurt tubes, and he will happily eat crackers and Jaffa cakes as a snack but he often turns his nose up at things I try and give him at lunchtime.

He takes after his big sister and absolutely loves strawberries though, he can’t get enough of them and they often fight over who gets to eat the most when they are together!

Benjamin is now using his own cutlery, which is brilliant, he’s gaining so much independence at meal times and I’m still really pleased we went with baby led weaning.

We made it to my one year goal and I’m really proud of myself for achieving this, despite sometimes faltering (mainly when it felt like I was the only person able to do anything for Benjamin and I needed a break).

I don’t have any plans to stop just yet, I’m going to see how it goes and see what Benjamin wants, as he is at an age where he will push me away if he doesn’t actually want/need milk from me. I’m just really pleased we made it to this point!

Benjamin celebrated his birthday with a cake smash with the wonderful girls at Hey Little You Studios, who also did my maternity and newborn shoot. We then went for lunch at Frankie and Bennies, and on Sunday we had a little tea party for him with family and our close friends who have a baby just a little older than Benjamin. It was really nice, and Benjamin has been very spoilt, with lots of new toys to play with! 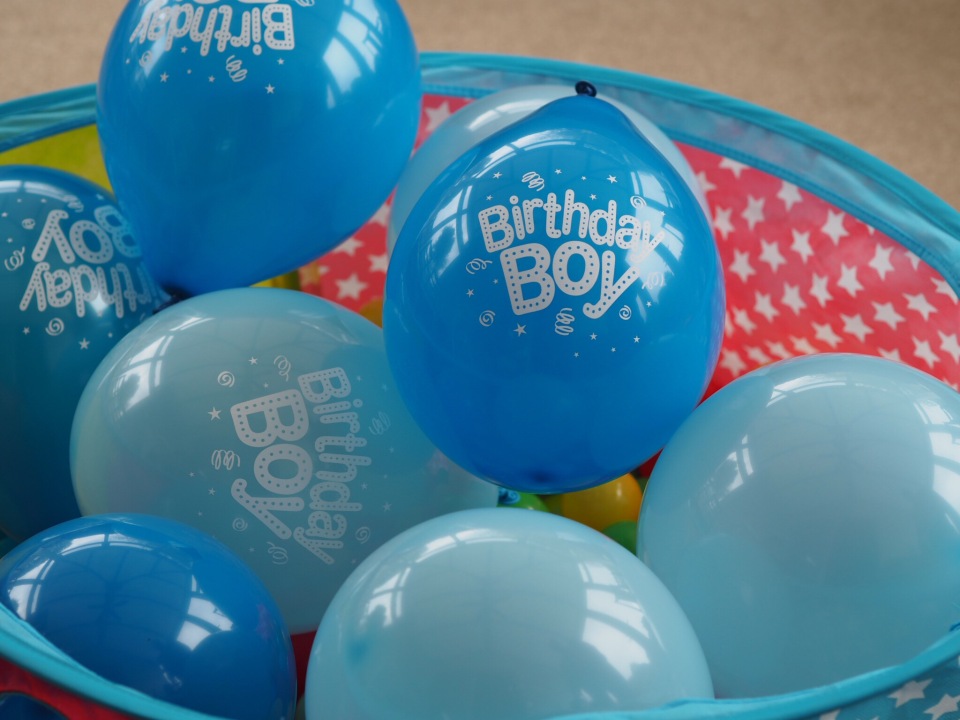 Benjamin is still just as cheeky, and will let us know exactly what he wants at any given time. He’s a bit of a handful, but he’s also such a lovely little boy, giving us hugs and kisses often, and treating us to his cheeky little grin.

Benjamin recently modelled for a local photographer’s Christmas sessions, but he was very serious and didn’t smile! I still love the shot of him used though #proudmummymoment.

Benjamin is napping twice a day at the moment, which really helps me to get some stuff done in the house and with the blog, which is nice.

I’ve started taking him to a baby gym on a Wednesday, and after half term we are going to be doing a baby and toddler arts and crafts class with a friend, so that will be lovely for us to get out of the house a bit more, as I’ve written before about how lonely I’m finding it being at home all the time.

Benjamin is gaining confidence and really growing up now, and I’m excited to see what the next year will bring for him. I won’t be putting up monthly updates for him anymore, but I’ll post as and when.